What's on your mind?

When Shinra went to the past, with a piggybacking Inca, he was taken over by his Adolla Doppelganger. Did the same thing happen to Inca? Did she temporarily get possessed? What would her Doppleganger even act like?

Speaking of Doppleganger's, how do they work? Infernals are made by the Human and the Doppleganger fusing. Bugs from Adolla can also induce this. Thus Spontaneous Human Combustion, however that only makes me question more. Shinra was taken over by his Doppleganger, but its not stated that he became an Infernal. At first I thought when a character becomes a Pyrokinetic, their Doppleganger simply exists within them, sorta like a Persona or a Tailed Beast. But the Doppleganger's still exist in Adolla, as seen with the summoning of Benimaru, Kurono, and Joker's DP's.

So are pyrokinetics characters who fought off their Doppleganger's possession, with the Doppleganger simply returning to Adolla? Also how come a Doppleganger can become a Pillar? Why do some Doppleganger's, i.e Iris, look perfectly human while others, like Konro's, are Infernals?

How can Dragon become an Infernal at will? Is it his Ignition Ability or like Arthur using Adolla as a way to manifest his wants/needs? Or is my prior belief of having the Infernal exist within actually true? Is Burns a Infernal with sentience or has he fused with his DP but kept control through sheer will?

...The Inca question was my original question. But now I look like a conspiricy theorist. 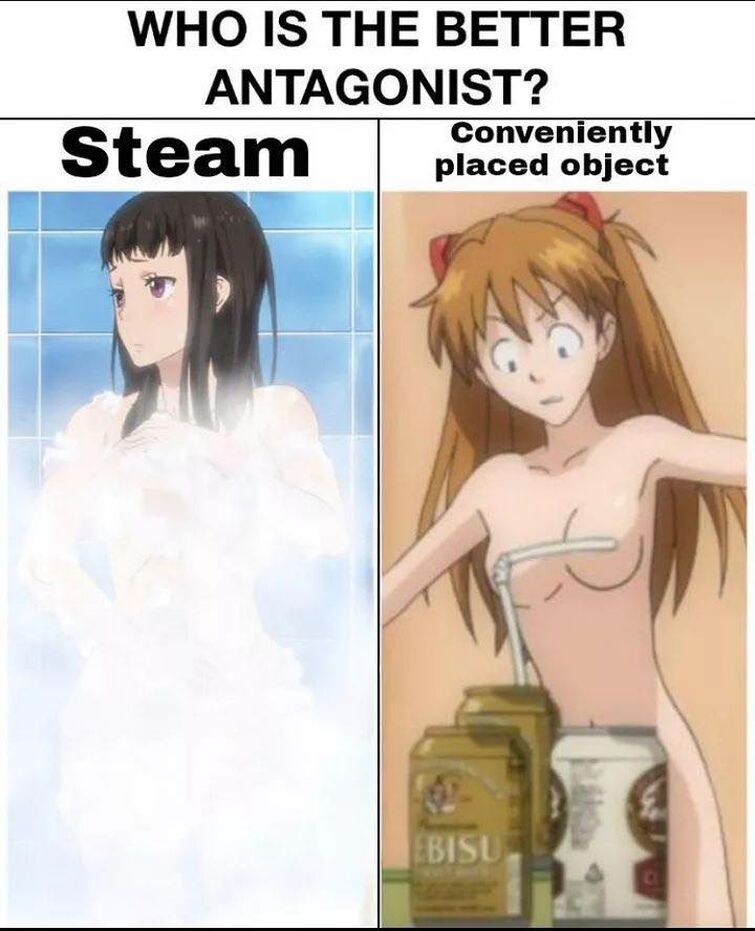 I drew myself as a fire force character, let me know if you have any ideas for pyrokinetic powers- I was thinking of something about flaming teeth or fangs

So Obi,Iris,Arthur and the medic captain dies. So are these guys dead for real or are they coming back? Where the fuck is Arrow and Joker at latest chapter?? Always dissapearing when the squad 8 of fireforce need them.

There is no method to bring back the dead so far.

Do you think its possible for him to be revived 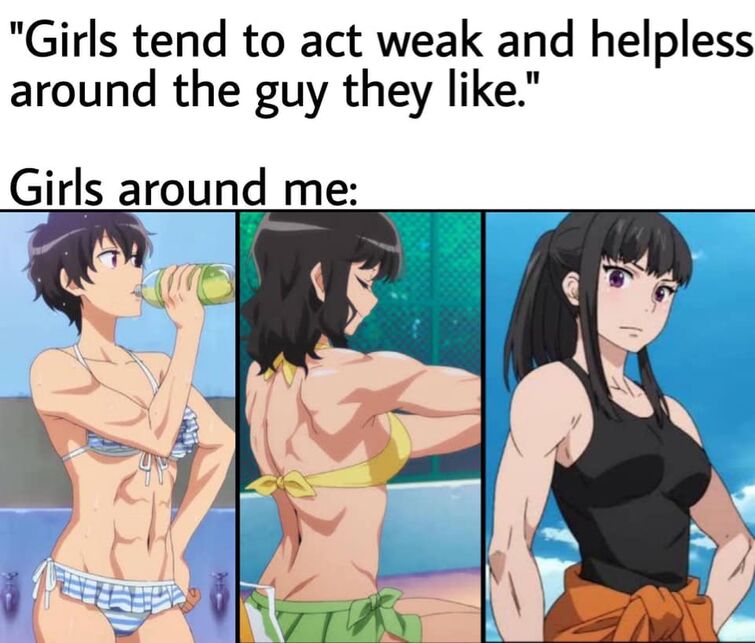 SPOILER WARNING: in the raws of chapter 288 it appears that iris was impaled since it is in Japanese i want to know if she is dead or not (srry for bad english) 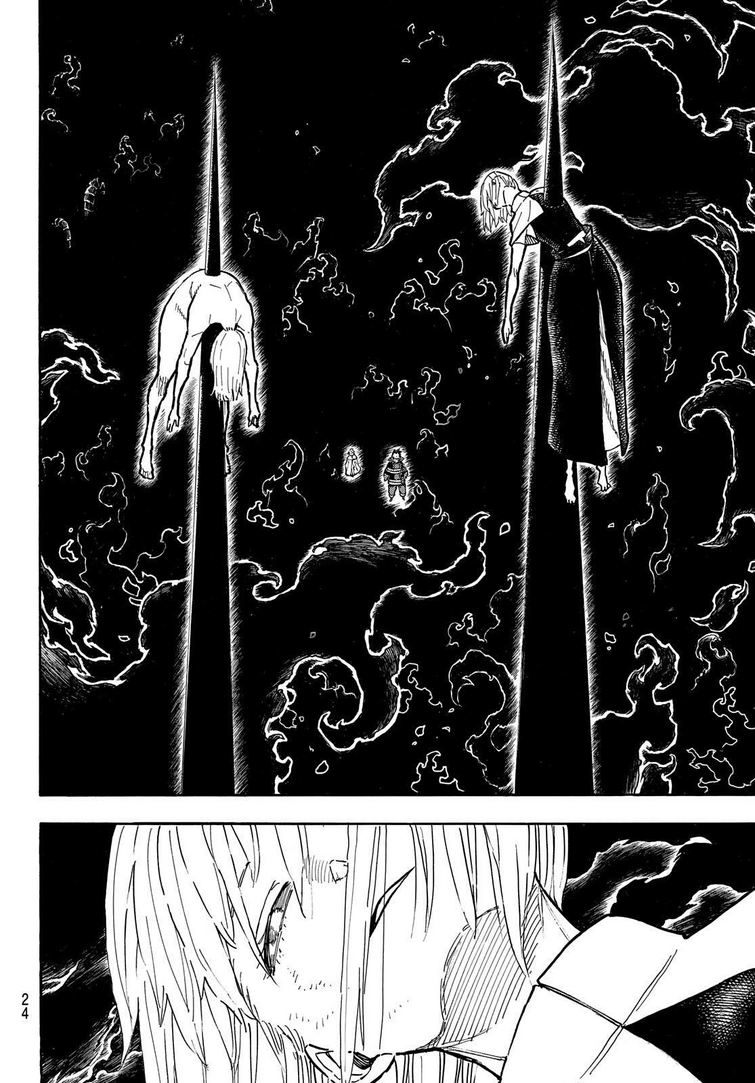 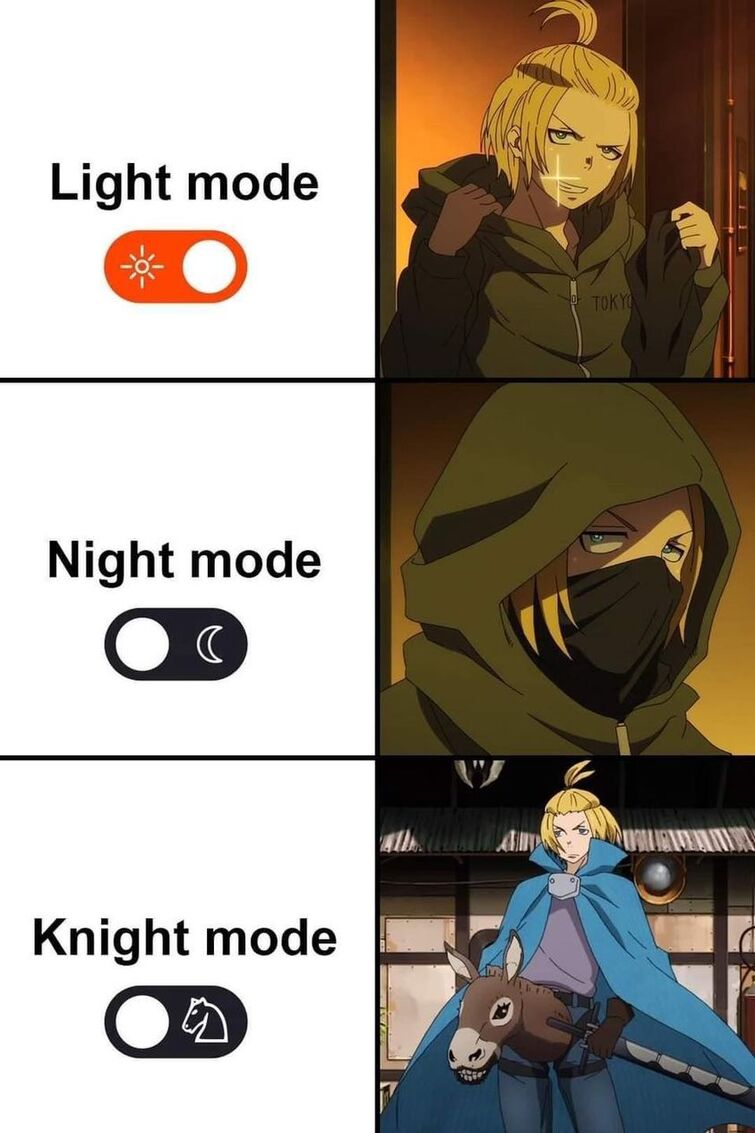 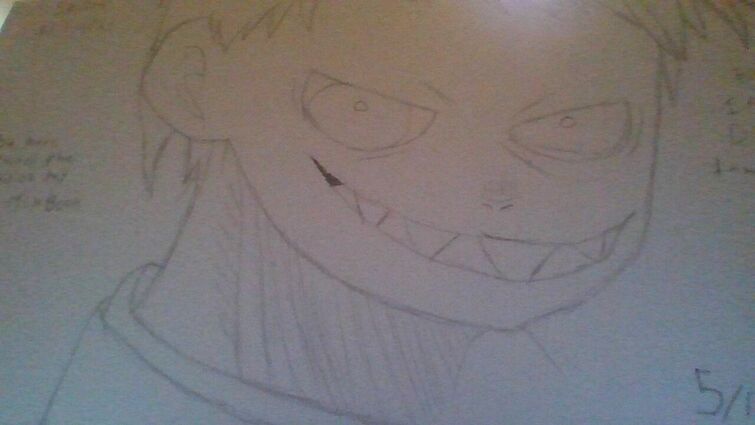 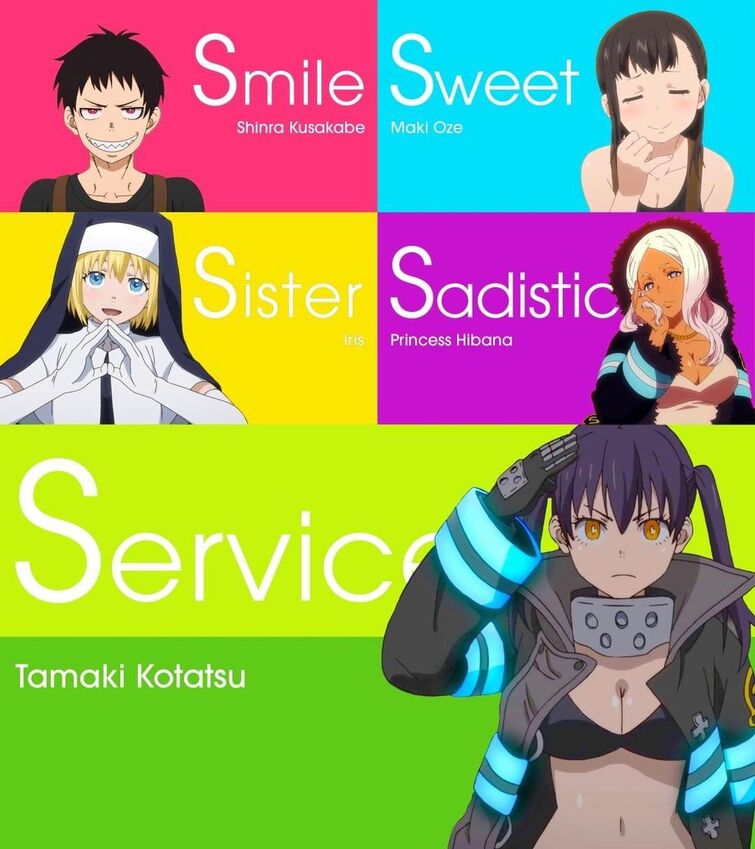 Idk i need a picture of this 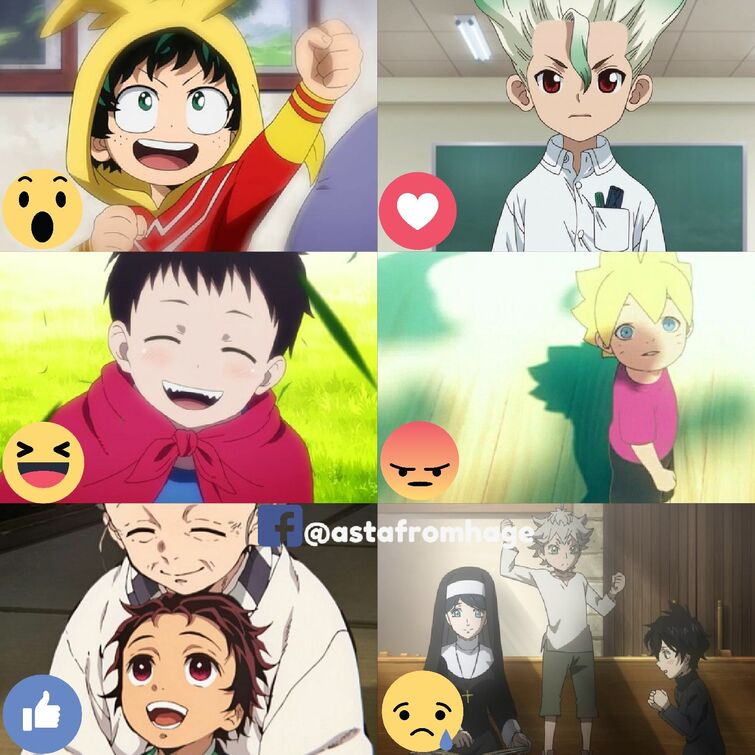 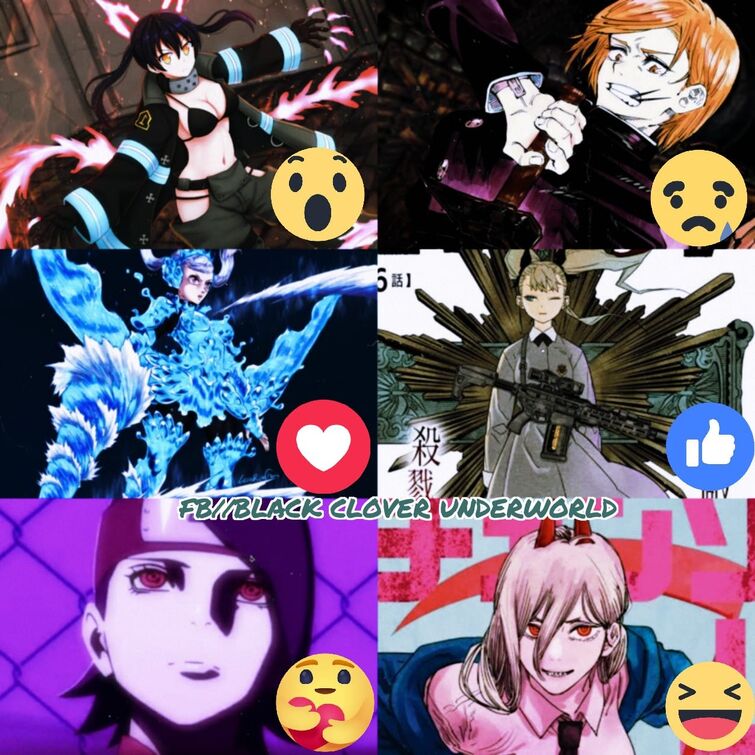 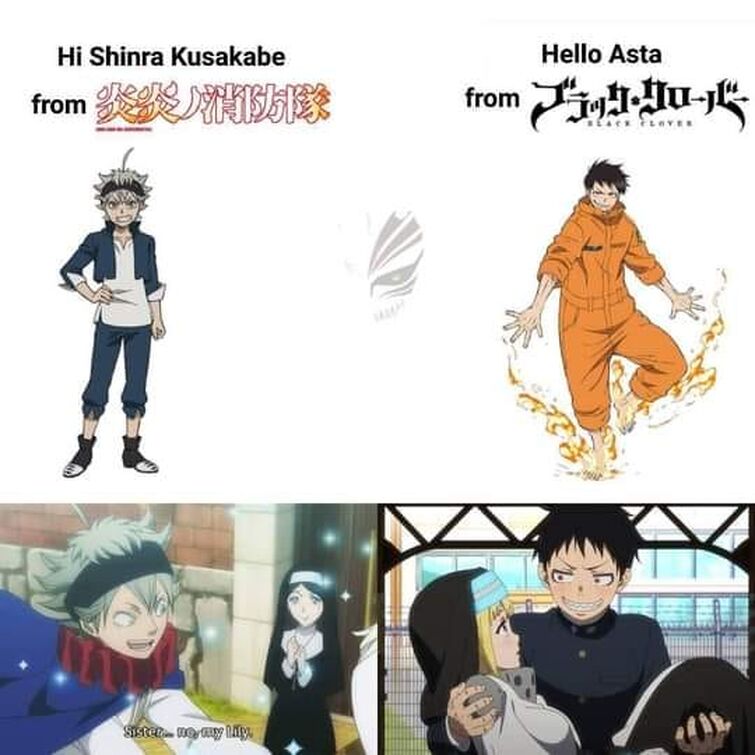 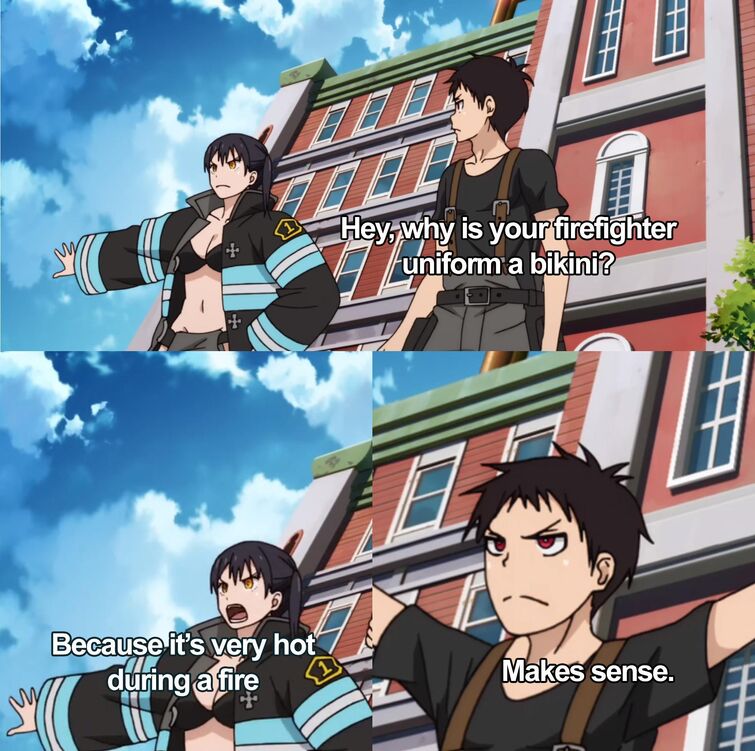 Benimaru Shinmon- Benimaru is well-regarded as the strongest officer in the Special Fire Force, and is known as "Asakusa's King of Destruction" because of the devastating power he can unleash. He was able to completely overwhelm the combined might of Maki Oze, Shinra Kusakabe, Tamaki Kotatsu, Arthur Boyle, and Takehisa Hinawa. Arguably his most impressive feat is single-handedly defeating a Demon Infernal with only minor difficulty, a feat that normally requires several Fire Officers working together.

Kurono Yūichirō- Kurono is a very skilled hand-to-hand combatant, capable of quick movement and powerful strikes based around his charred right arm. His overall skill and power is stated to be equal to that of Benimaru Shinmon and he could easily make a name for himself in the field.

Dragon- One of the other powerhouses, Benimaru, recognized his strength and calls him a monster. The other White-Clad refer to him as having no equal and he lives up to this, having by far the best abilities in the series in terms of pure power output and durability. Considering his nature as the incarnation of despair, as well as his ability to no-sell nearly anything, he may very well be the strongest character in the series, surpassing both Benimaru and Kurono. The Narrator of his final fight with Arthur outright calls it a battle between the strongest, which considering they go to space after splitting the seas as a warm-up, is very hard to argue with.

Charon- Charon is a mountain of muscles who displays great physical prowess in battle, being able to throw powerful blows and being a very skilled martial artist. His Second Generation ability also makes him the perfect tank, being able to stand, absorb and redirect powerful attacks, even nuclear blasts with enough power to blow up an entire city.

Leonard Burns- Leonard is a veteran Fire Soldier who has made a name for himself through his abilities and slaying countless Infernals. With his Ignition Ability being considered "Fire Incarnate". Befitting his muscular frame, Burns possesses great strength and durability and can execute devastating blows against his enemies while withstanding astonishing degrees of damage. He was able to shrug off the various attacks of Shinra Kusakabe while sparing and managed to block his Rapid attacks with only minor bruises.

Assault- Assault is a Third Generation, giving him the ability to ignite his own flames. Using his Ignition Ability Crimson Bullet, Assault can create multiple missiles from around his limbs made of condensed fire and launch them. Once the missiles explode, they can launch a nearby person into the air and cause massive damage. Within his organization, he is a massacre expert, who specializes in annihilation. With his skills, he's strong enough to kill a Demon Infernal alone, and thought to be capable of annihilating the Special Fire Force Company 8 single-handedly. With only a finger, Assault could block Arrow's destructive Ignition Ability with ease.

Joker- Joker is an extremely skilled hand-to-hand combatant, able to effortlessly dodge Shinra's fiery kicks as well as trade even blows with Leonard Burns. In his youth, he was an apparent prodigious fighter of the Holy Sol's Shadow and displayed notable skills with a knife, being able to quickly overpower larger opponents with ease. He has great physical strength, as shown when he is able to use his tongue to push himself up from the ground and knock a trained assassin to the ground with a single punch. He is also extremely fast, capable of trading blows with Shō Kusakabe before escaping without issue. He shows sharp observational skills, as shown in the midst of battle, Joker was able to notice movement such as change in trajectory.

Shinra Kusakabe - Shinra has proven himself to be one of the strongest characters in Fire Force. Though a newcomer in the Special Fire Force, Shinra has posed a challenge to experienced members of the force and even defeated a Captain. Being a Fire Soldier, Shinra is experienced in rescuing people, and as such, was strong enough to carry four people out of a building before it exploded. While relying mostly on his Ignition Ability in combat, Shinra has exhibited skill in ordinary fighting, being able to pin an opponent to the ground and break their guard with a sturdy kick, as well as being capable of defending himself from ground-breaking attacks. Though break dancing is one of Shinra's hobbies, he also uses it in combat, creating unpredictable movements and kicks to attack with. Shinra also possesses exceptional durability, endurance, and recovery time, being able to recover from brutal beatings and salvos of superhuman blows from characters like Charon and Leonard Burns while being able to continue fighting and withstand incredible levels of heat that would easily kill normal humans. His sturdy body can shield and repel powerful flames and withstand considerable levels of damage. During his attendance at the Special Fire Force Training Academy, Shinra had the highest marks for physical performance among all the other students.

Arthur Boyle- Arthur has proven himself to be one of the strongest Fire Soldiers in the Special Fire Force. Arthur is an exceptionally strong Fire Soldier, possessing incredible physical strength that allows him to repelling an Infernal with a single punch. With time he becomes one of the strongest people on the planet. Being able to briefly contend with Dragon when they first meet, Arthur's skill goes exponentially after training to recover from multiple defeats. Arthur's speed allows him to react quickly enough to retaliate against Shinra’s Rapid and he was fast enough to react to Shō Kusakabe's Severed Universe, though he wasn't able to entirely dodge it. Arthur also possesses tremendous durability, being able to withstand damage and powerful blows without staggering or relenting in his own attacks.

Ogun Montgomery- Ogun is a Third Generation pyrokinetic, giving him the power to create and utilize his own flames. He uses this ability to create multiple spear and sword-like weapons out of his flames, which he can launch at his opponents from a distance that possess great offensive and long ranged power. Ogun also possesses a technique known as Flamy Ink, in which he "tattoos" flames onto his body to temporally increase his strength to Leonard Burns' levels, While utilizing this technique, he was strong enough to overpower a Demon Infernal, run and move faster than the eye can see, and completely shatter the ground with his overwhelming strength.

Maki Oze- She was noted to be exceptionally skilled in combat several times and was characterized as a Witch (魔女, Majo) by Takehisa. She is also very skilled in hand-to-hand combat, as evident with her being able to easily disarm Arthur, even though he was wielding a sword at the time. Previously a soldier in the Tokyo Military, Maki is an experienced fighter, capable of dealing with multiple opponents at the same time and able to defeat large foes with relative ease.

Konro Sagamiya- Konro's Third Generation ability allows him to ignite his shoulders and forearms, allowing him to punch objects with a lot of power. Even without his ability, he could destroy an Infernal's core with just brute strength. After overusing his Ignition Ability and developing Tephrosis, he lost the ability to fight. Using his abilties will cause him collapse shortly after activating his flames and these effects are worse if he hasn't fully recovered. While in his prime, he had access to a considerable amount of fire power, which matched the power of Benimaru's Crimson Moon. Konro was capable of creating a gigantic crater in the ground while killing a Demon Infernal, a feat that typically requires tremendous destructive force.

Hibachi Shinmon- Hibachi was an extremely powerful combatant during his time when he was in charge of Asakusa before the time of the Special Fire Force, and his strength allowed him to never be defeated by his student, Benimaru Shinmon, who would go on to be known as the strongest soldier in the force. Being a Third Generation, he used his ignited flames in conjunction with his unique fighting style, which he created, mastered and then passed down to Benimaru. 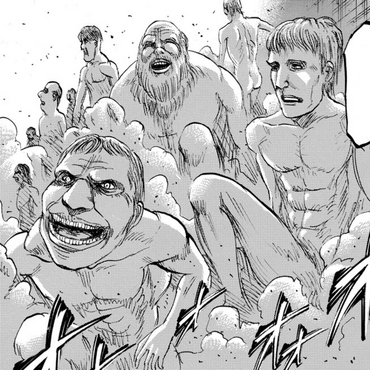 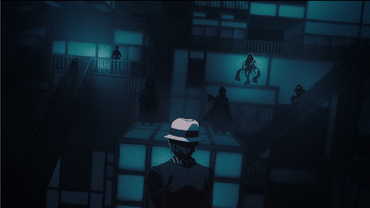 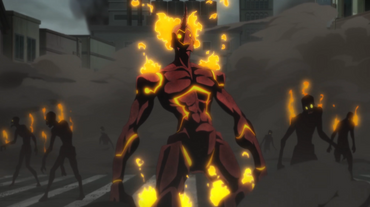 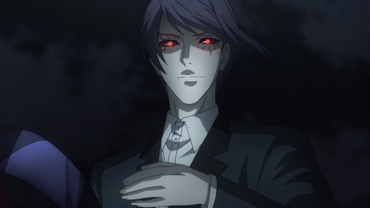 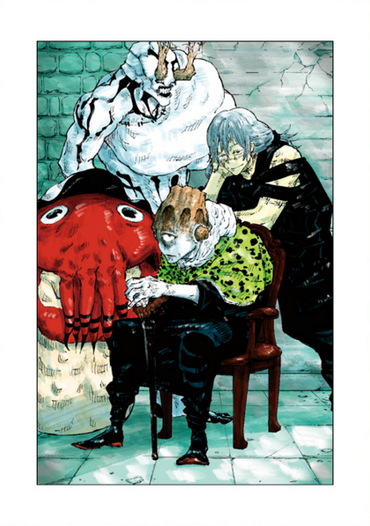 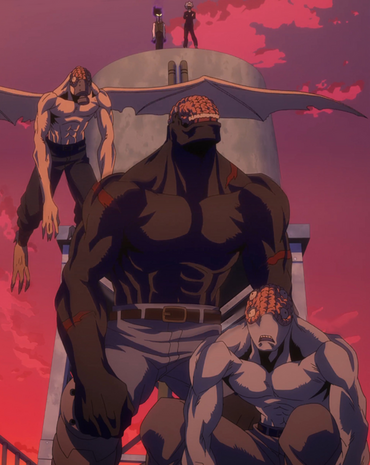